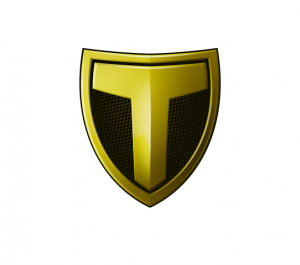 Jordi Tarrés: “¿The most? Getting friends all over the world”

I used to stole my brothers bike because there were no resources enough at home, so I started to do with my bicycle the things he was doing with his bike.

“Nowadays Toni Bou can do really incredhible things we could have never imagine before, there has been a huge change” 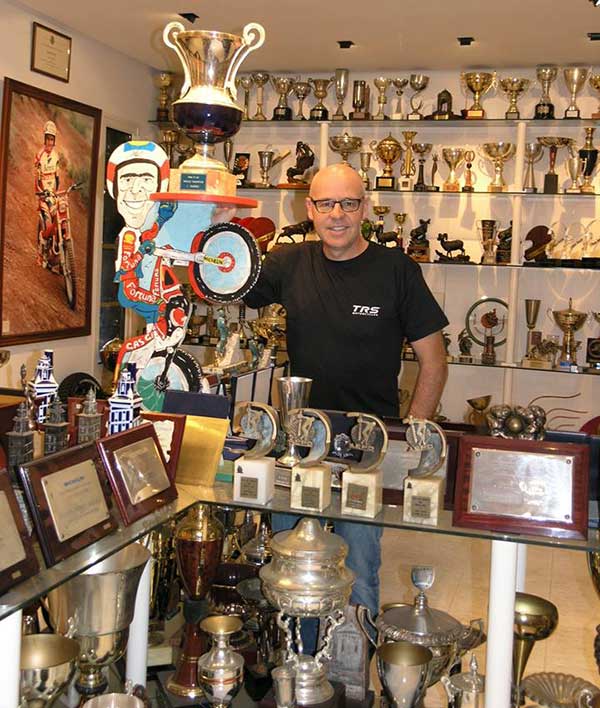 Jordi Tarres and a small selection of his trophy collection

He is a real trial legend still alive. Jordi Tarrés, seven times world champion and one of the riders that became a revolution with his imposible turns and moves whilst being stop on his bike, has received us at his house in Rellinars. Jordi was born 47 years ago on that village in whose mountains he started practicing trial and today we can count on his museum more than 800 awards. He has as well brought his office there were he works to develope and to create together with a team of engineers his new motorcycles brand TRS.

“I´ve been lucky to be allways linked to trial, mi passion, first through Gas Gas, then as a manager of Adam Raga, with whom we beated the world championship, and then just creating my own team – Spea Tarrés Team-. Today I work on my own brand, TRS , really happy and motiovated”.

“He used to travel and to sleep on his van”

Jordi explains that when he was a rider “I lived all kind of experiences, from travelling and sleeping on my van at my real beginnings getting the support from everyone, to travel on a higher and profesional level together with a mechanics and a motorhome manager and lot more resources. Ihave very good memories from all the different times, specially when I was travelling to Japan where I always could feel people really appreciated me. I was even asked to go to live there… ¿The best? The friends I made all over the world.

About my awards “the ones I like the most, those I got at my real beginnings because I could not imagine it was real. Specially the one in 1981 and my first world championship in 1987 emulating a swis cow bell, absolutely different to the other ones.

He used to “stole” his brothers bike

Jordi Tarrés started with his bicycle due to a lack of resources at home to buy a motorcycle, so he had to steal his brothers bike: “I always liked bikes, but there were no resources to buy one, so I started using my bicycle to do what the rest of my friends were doing on theyr bikes. I even managed to become european champion on “trialsin” which helped me to jump into the motorycles world due to the common aspects on both.

“There has been a huge change on trial”

Starting on a bycicle allowed Jordi to improvise and create technics that never existed before on a motorcycle, reason by which he made a real revolution on trial. Since that time, Trial, “has changed a lot. I made my small revolution in terms of riding style,  but today the motorcycles have really improved, those are lighter and are better equiped;  and in terms of technics style, today Toni Bou can do things we could never imagine before, a real change and evolution.

He still likes to go around his house and village with his bike, aroundthose same mountains where he started years ago. “today I can still do certain turns but my physycal shape is not supporting me much (smiles). I have som back pains and this does not help much J

¿Any advice for riders today? “yes, it means it to try if you realise you have skills, at least about myself, it deserved to try and to make out of trial my live style. It is just perfect t olive thanks to trial”.

Any cookies that may not be particularly necessary for the website to function and is used specifically to collect user personal data via analytics, ads, other embedded contents are termed as non-necessary cookies. It is mandatory to procure user consent prior to running these cookies on your website.