Dream debut for Adam and TRS

Posted by: trsuk Categories: news TRS
Comments Off on Dream debut for Adam and TRS 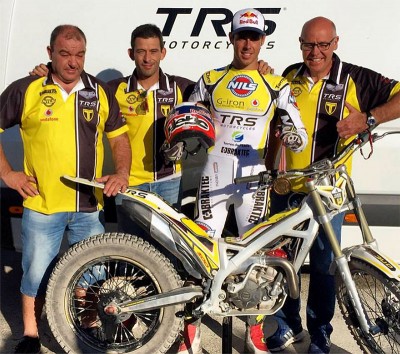 The partnership of TRS and Adam Raga got off to the perfect start after the Spanish team took top honours at the 2015 Trial De Nation held in Tarragona, Spain.

Mounted on the TRS – One for his first competitive outing Adam played a pivotal roll in a record 12th consecutive win for the Spanish Team, Adam’s 13th win of the title overall.

Being on home turf allowed the whole TRS team, including Jordi Tarres, to witness the stunning start for their new machine and rider partnership.

TRS Motorcycles UK wish Adam and the team continued success at the upcoming final rounds of the Spanish National Championship and look forward to seeing them both in action at the first round of the 2016 Indoor Xtrial Championship in Sheffield on the 9th January.